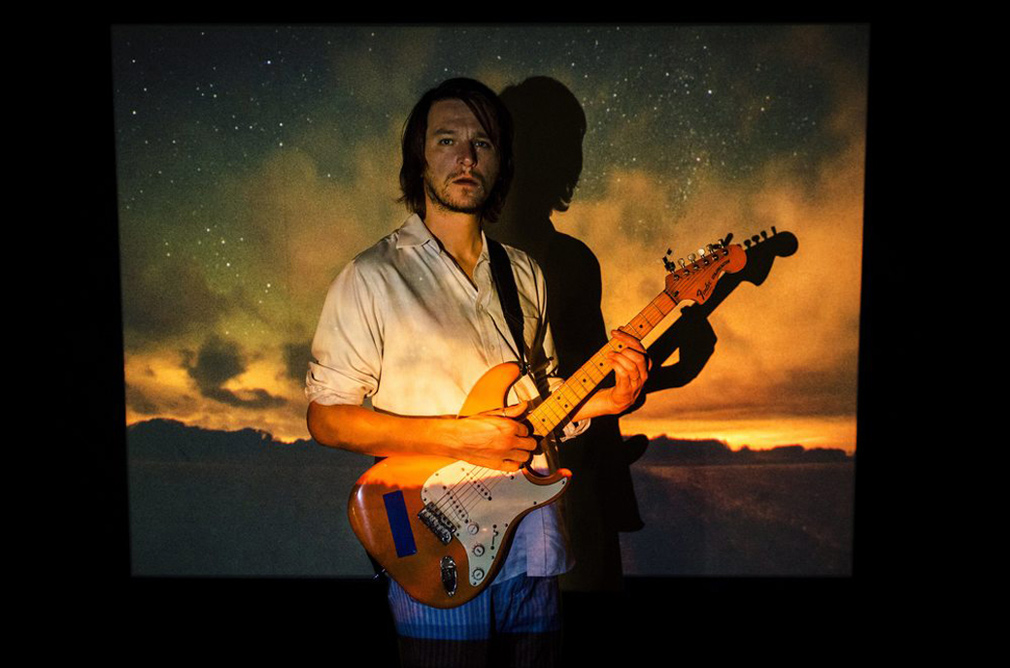 Lenz from Raphael Vanoli on Vimeo.

With the new “Bibrax”, guitarist Raphael Vanoli seems committed to subvert one of the most basic premises of our interpretation of reality, the proportional sequenciality of the relations between cause and effect. The sounds we hear are affirmative, composed, sometimes even inordinate, making us imagine a physical delivery and a gestuality with dramatic, theatrical, dimension. Wrong: the modus operandi is another thing completely. The fingers only brush the strings, percuting it very slightly, with the weight of a feather (when it’s not really a feather being used), due to the circumstance that the guitar is hiper-amplified. Everything done to it, even the most diminutive intervention, results in occurrences with huge volume and also in harmonics of intrincate complexity.
Considering that the music created with this procedure is often soft and dreamy, this implies a particularly careful administration of energy, the energy applied to produce sound and the energy of the produced sound, both different and both deceitful. But that’s not all: on some of these pieces of short duration, Vanoli transforms the guitar into a… flute, by gently blowing the strings to vibrate them and explore the extreme sensivity of the instrument. This resource has wide meanings and consequences, mutating the nature of the music itself, making it breath as any real flute music would do. Here is a recording that opens doors, discover possibilities and changes everything, destined to be a milestone of the innovations in process, in a time when it seemed that any musical plausibility was already fulfilled.