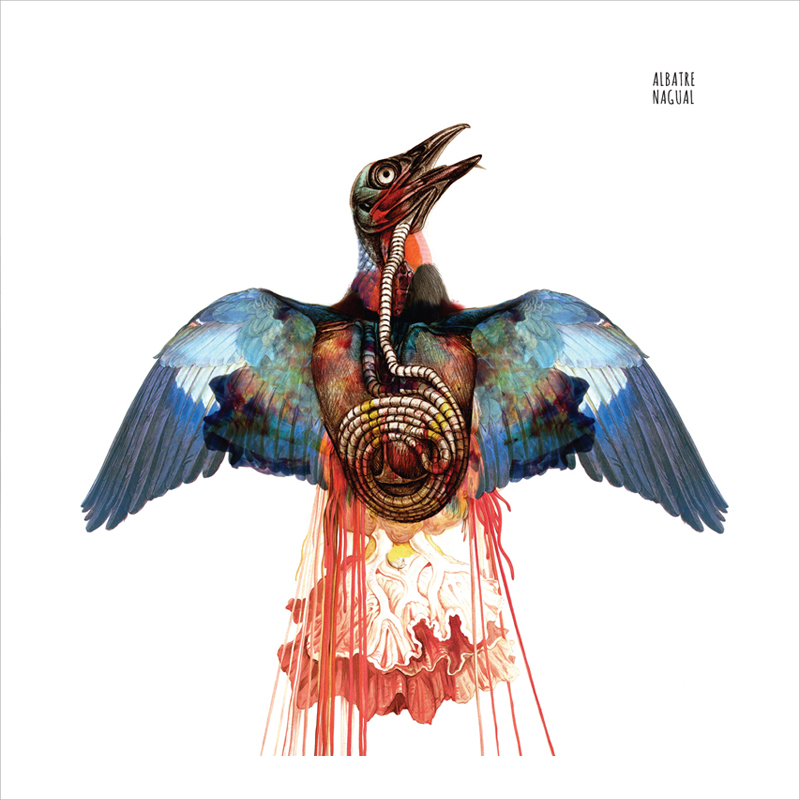 The screwed up, angry, either riff-based or totally abstract punk-metal-free jazz-noise played by Albatre may be one of the very best offers coming from the Rotterdam underground scene, but this kind of musical urgency – with the same roughness of the Sixties “new thing”, but going to rock heavyness – isn’t only a dutch phenomena. After all, the band is formed by two Portuguese, Gonçalo Almeida and Hugo Costa, and one German, Philipp Ernsting. They’re part of something bigger, happening at the same time in several European countries, and in the United States, Canada, Japan, everywhere with big, metropolitan, cosmopolitan cities. And yes, you can connect this kind of approach to music, and to jazz, with the present day agitations in the world reclaiming a vanished future. As Almeida told in the presentation concert of “Nagual” in Lisbon (in front of an astonished audience at the Goethe Institut Lissabon), «this isn’t jazz for weddings»… No indeed, and it’s fabulous!