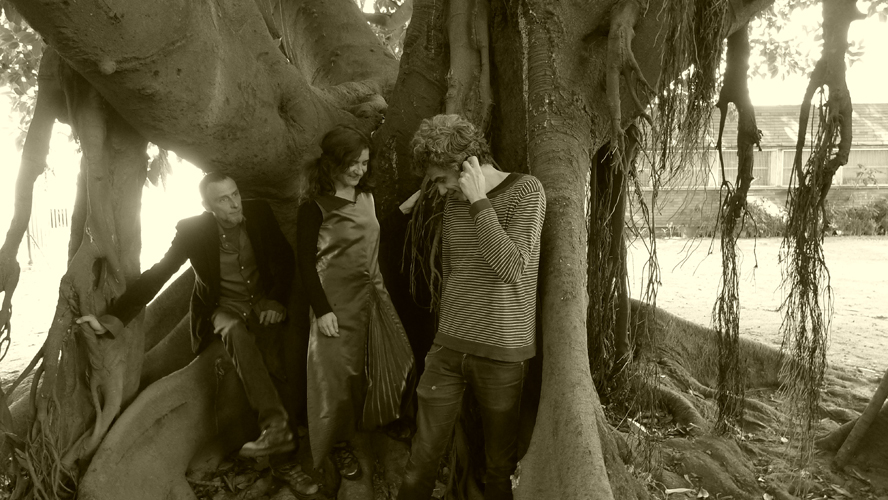 The musical identity of this trio remains consistent with their eponymus debut album, released four years ago – exemplified by fluctuating tonal centers and the interaction made of convergences and divergences. And yet, its components are now more clear, because the music feels more transparent: it sounds an American folk music from another dimension in the multiverse, a folk music filled with twisted and bizarre – but very explicit – rock and jazz elements. No wonder: the guitar is played by one of the top rock musicians in Portugal, Tó Trips, founder and member of the country-fadorock-jazz band Dead Combo; the bassist is John Klima, an intermedia artist from Redondo Beach, USA, for some years living in Portugal, who in the past was involved with the pop-rock group later identified as The Presidents of the United States of America; the zither, the electronics and occasional field recordings are manipulated by a veteran of Portuguese experimental and improvised music, Adriana Sá. She has specialised herself in the interaction of her instruments and body with reactive software, and once again we see this in “Urban Season”: her playing of the zither, with hands or bow, ignite all the electronic processing and found sounds as if by magic. And magical, mesmerizing and mysterious the music is indeed, very different from everything else you heard before.