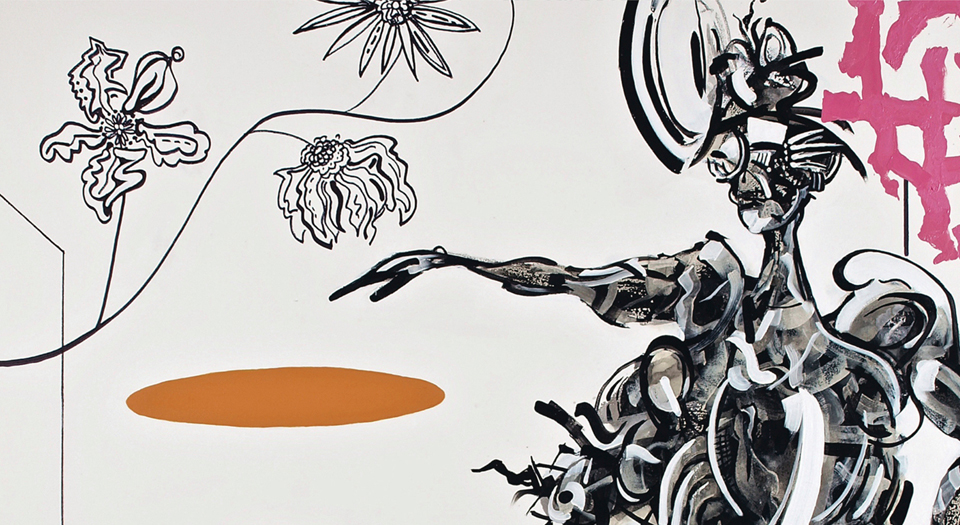 The first thing that strikes anyone listening to Robert Dick or Nicola L. Hein, preferably together, is — in a world of creative musicians with personal approaches to sound, this stuff is really different. Both Dick and Hein approach their instruments from unique and fully developed musical perspectives. Their sound world and dramatic trajectory rest on the dialectic tension of wind and string, noise and rhythmic pulsation, acoustic and electronic sound.

The duo has been performing on many occasions, in Europe and the US., developing their sonic language that communicates in concert venues and unusual gathering spaces alike.

Italian philosopher Alessandro Bertinetto writes about Structures of Unreason:
“The sounds we hear do not rely on a predetermined functional logic; rather the musical event – shaped by the individual episode or emerging out of the encounter/clash between two vectors of forces – follows the directions that it itself produces.

The music focuses on the materiality of the timbre, the evolution of formal micro-episodes, and repetitive yet flowing rhythmic architectures that are often broken and fragmentary, like the fragile structures we impose on ourselves through the everyday.”