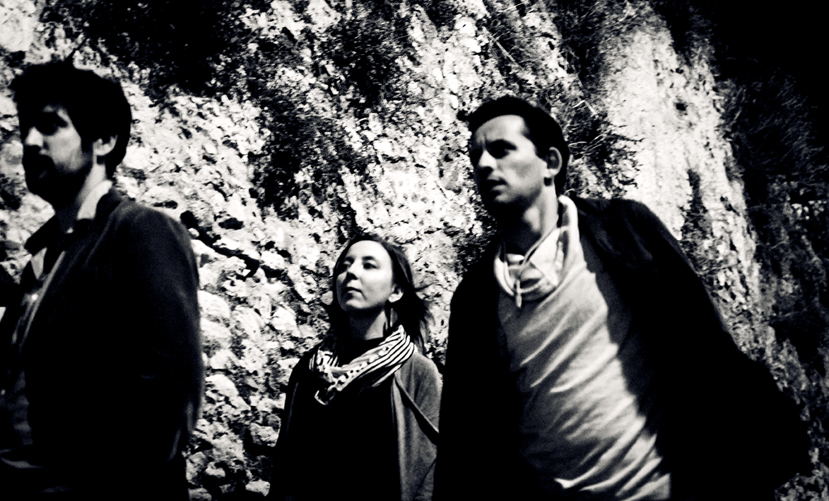 View Cart “ORQUESTA DEL TIEMPO PERDIDO // Stille” has been added to your cart.

The horizon line, a mountain’s profile or a curve on a beach, set out the sand’s sparkling fabric, and too of the ice, and the mirrored stars far away on the sea. Ancient lights, old rock sediments, unique and unpredictable ephemeral snow flakes cause that unstable and bright sparkling which is, after all, a sign of life in inanimate things.

Di Lontan is a fragment of Joana, Luís and Eduardo’s life. They reunited in 2014 to give birth to a bright, transparent new music in which the energy of each note, idea, of all sounds is featured in its plenitude. Improvisation is still the driving force behind their sounds’ succulence. Sometimes blazing, explosive. It comes wrapped in subtle forms that ensure a continuum, simultaneously delicate and effective. It is sparkling due to its ability to overcome the sound fingerprint of all three instruments – guitar, harp and piano – the characteristic attack-decay. Powertrio invents itself a new nature, coming out of new materials and composed resonances, accomplishing a thorough and flowered granular aesthetics. An encounter, empathy, tolerance, freedom – the music of three musicians. These three musicians.

Intertwined accelerations of smooth isorhythmic patterns, in the beginning of À Flor do Mal, lead to a granular music able to water down harmonies into sound clouds. In O Nervo e a Outra Dança a harp’s thick, low melody, a distant passacaglia reminiscence, is revealed as an anticipated resonance, then swallowed by an epic and evolving crackling just to, in the very end, give place to a few fluted electronic arpeggios as fascinating as delicate. Di Lontan fa Specchio il Mare is a sort of “detachment and sentiment” as defined by Manuel Pedro Ferreira, but in Powertrio’s version and interpretation the memory of the fixed, hieratic sound material is further defied in the lengthening of times. If, on one hand, Di Lontan begins with a decay/resonance without attack, on the other hand, the echo of all heard so far is glimpsed in the stretched constructed resonance that abruptly ends Divertimento, a piece full of life, breathing among waves and particles, both diatonic and percussive. (Guilherme Proença)

This record is released by Clean Feed and Shhpuma as a cooperative process.