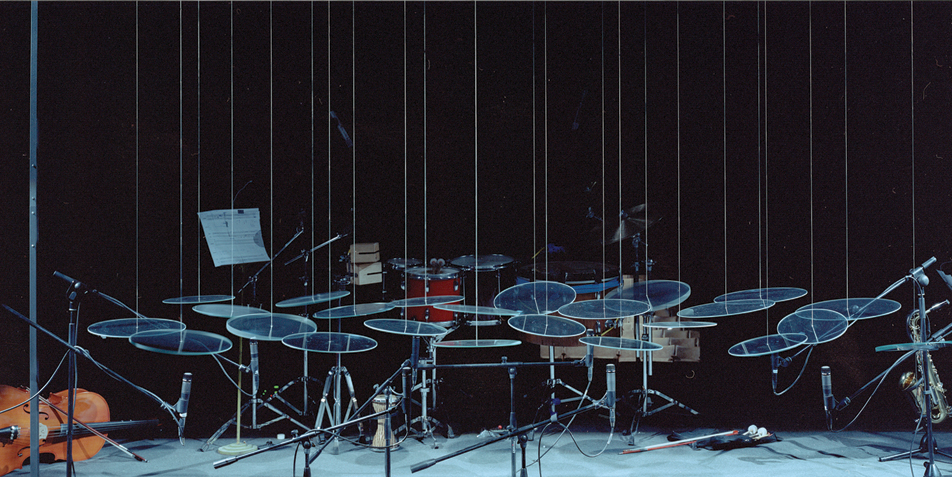 View Cart “ANDRÉ GONÇALVES // Currents & Riptides” has been added to your cart.

PARQUE is a project of the intermedia artist Ricardo Jacinto, with the instrumental contributions of Nuno Torres, Nuno Morão, João Pinheiro, Dino Récio and André Sier, and “Earworm Versions” the remaining tail of an exhibition and performance-installation presented at Culturgest, Lisbon, in 2008. With studies in architecture, sculpture and music, Jacinto became noticed because of the inclusion of sound in his visual and sculptural work and because he searches for an exploration of space when he acts as a cellist. At this level, he is a unique case in Portugal.

The music contained in this album corresponds to the precepts of structured improvisation in an electro-acoustic environment, focusing mainly on the use of textures where noise clusters and harmonic constructions are closely interlaced, mostly achieved by the sonic character of three instrumental-installations built by Jacinto specifically for this project. Glass (mirror) sonorities in the first two pieces and a natural doppler effect, produced by a pendular speaker, set the base for the musical compositions and determine the importance of space in this music. This recordings can be heard as the soundscape of this territory entitled PARQUE where audience and performers inhabit mini-architectural devices used for performing sound and light, reflecting the interaction of sound and space  – in this aspect benefiting also from an interactive software designed by André Sier.

And because this music is, inevitably, part of a synesthesic complex, being its author a recognized manipulator of the factors of perception, live video-footage (edited by Nuno Ribeiro) of the three pieces here recorded are available at www.ricardojacinto.com, clarifying the image and spatial side of this project.

This is a long and very much expected edition. Here it is, finally, and with the superior quality we could wish for…