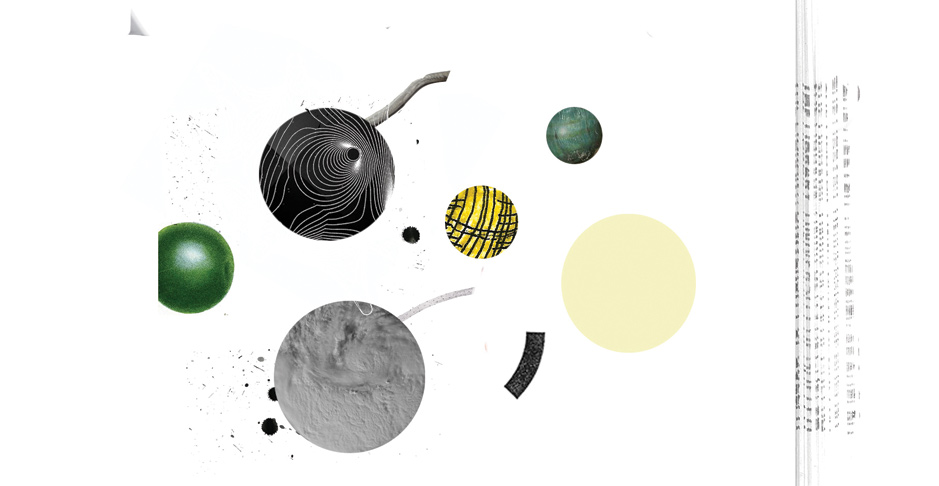 The improvising trio Monopiece lists its instrumentation as guitar, percussion, and electronics, but electronics describes far more than one third of its texture, since both guitar and percussion are amplified and electronically processed. On this release they are joined by the Dutch vocal artist Jaap Blonk in recording spontaneously generated music, edited and subtly processed to reflect the communal nature of its creation without interrupting the strong, improvised narratives of each piece.

In improvised music, the interaction between musicians usually plays a primary role in the musical story that unfolds, made clear to listeners since each player is associated with the familiar sound of their instrument. Perhaps this is why electronics dominated improvising ensembles are so rare; and when there is an electronics player present they are often relegated to the role of creating novelty, rather than interacting within the vocabulary that more standard instruments share.  Nevertheless, electronic ensembles have been active, if on the fringe of free improvised music since the 1960s, exemplified by groups like Electronica Musica Viva (MEV) and AMM, whose music favors long pieces with slowly evolving textures where the interaction between players is often obscured.

Monopiece’s music by contrast features much shorter pieces made up of clearly delineated conversations between sonic streams, sometimes identifiable with recognizable instruments but always relying on the ability to make quick changes of timbre and texture in shaping real-time compositions.  Jaap Blonk’s contribution to this character is a perfect fit, bringing an embodied voice into the mix, but one which can leap quickly from tones and phonemes to noises of seemingly electro-mechanical inspiration.  His voice provides the corporeal focus of these hallucinatory, electronic songs.  – Chris Brown