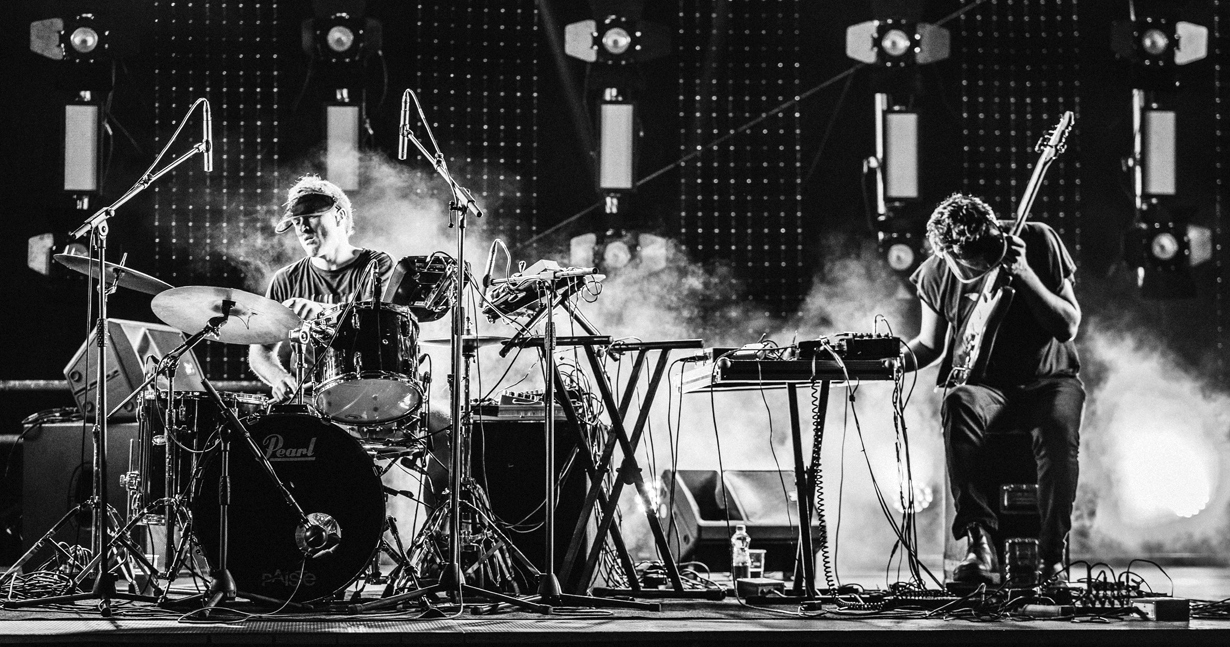 «No computer was used during the making of this music.» The warning is interily justifiabe – the concepts applied by Raphael Vanoli, Gerri Jäger and Sandor Caron have traces of several musical practices having as common factor the use of laptops. The roots are on electro-pop, mathcore and dubstep, but is something else what this band from Amsterdam – but with a French/German and an Austrian playing – has to offer. There’s traces of Gang of Four, Fennesz, Battles, Supersilent, Sigur Rós, Squarepusher and much more, but the sound world they inhabit is very much their own. A world of unpredictable collages of procedures and styles, played with a guitar, a drumset, some synthesizers, processors and effect pedals, and a mixtable used creatively: sometimes it sounds like drone music with a song format, and in many moments you have the kind of groove produced on the fringes of techno and house, but with a drive coming directly from jazzland – after all, both Vanoli and Jäger have jazz backgrounds. Polyrhythms with crazy metrics live together with harmonic constructions showing the refinement of contemporary classical music, but the lightness of it all, the good vibes, the colorful, joyous, character are distinctive of pop music. What a surprise!