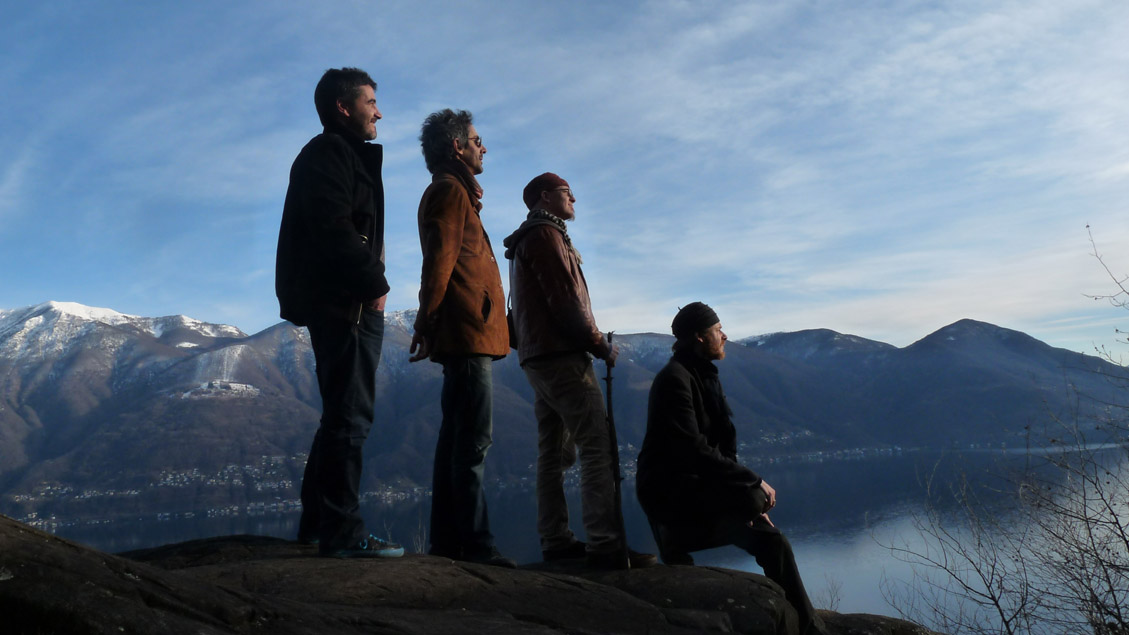 BIG BOLD BACK BONE // In Search Of The Emerging Species

Depuration. This may be the best term to describe the type of approach conducted by the Swiss musicians Marco Von Orelli and Sheldon Suter and by their Portuguese partners, LuIs Lopes and Travassos in the new opus of the project Big Bold Back Bone. If this one was previously characterized by the folding of multiple directions, from a chamber improvisation with a vague jazz flavor to rock distillations, or at least distillations of the electric parasites of that music genre, now what we find is the fruit of a decisive focus on the materials, of a depuration, in consequence, and that because there was a process of formal and stylistic resolution. We recognise the premises of a certain EAI (electro-acoustic improvisation) heiress of the pioneering band AMM and taken in the direction of the reductionist, near-silence tendency, meaning that the melodic phrasing and the rhythmic plane (already broken and not linear) are substituted by a minucious textural and timbric work. No conventional uses of acoustic instruments, the trumpet and the drumkit, remain in “In Search of the Emerging Species”, and if the music follows some of the formulas chosen for the guitar and the electronic devices in experimental domains, they’re both at the service of a collective, with the produced sounds mixing with all the others and, in that way, almost disappearing. It’s just one, and very long, the piece here played (“Immerge”), with an extremely slow development, suspensive even, sometimes with a cliff opening in the flow of events, not to solve what is behind, not to give it conclusion, but allowing the choice of another heading in the forest of little and exotic sounds being build. A beautiful record to listen to microscopically, dropping all the tasks of everyday life.