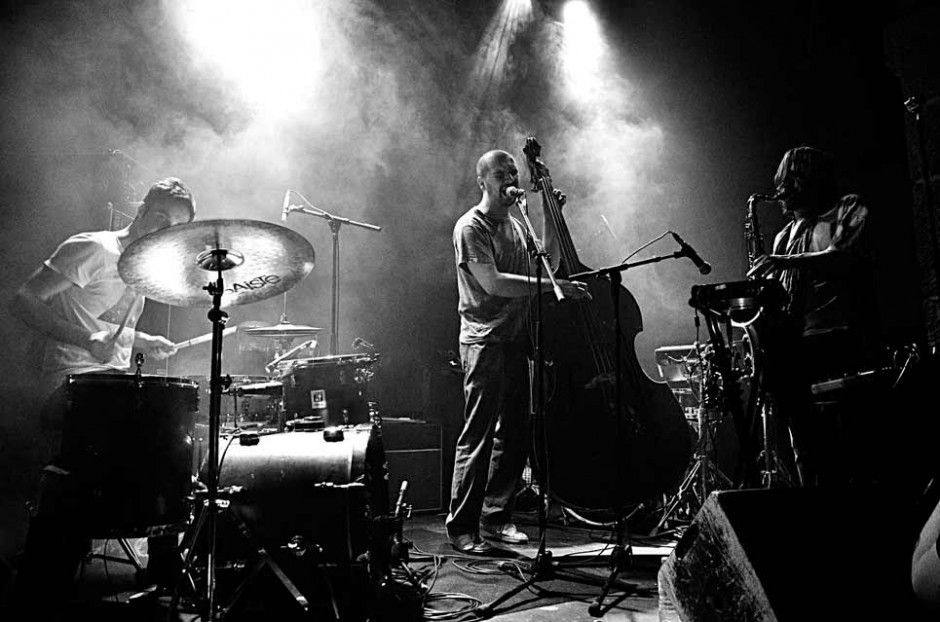 The first recording of the project Alforjs, “Jengi”, gave us the idea that, if there’s an urban shamanism, the origins of this magical practice of invocation through music are in the African forests and the Mongolian steppes. A shaman music of the city could only include elements of those ancient world views. In this new album, the Lisbon trio formed by Mestre André, Bernardo Álvares and Raphael Soares gives this a higher evidence: we hear the Baka pigmies behind the obsessive- compulsive beat of the drums and the knife-cutting arpeggios of the double bass, alluding also the krautrock band Can, and we recognize in this hypnotic and enchanting music the spirits of Saint John Coltrane (very present in the interventions of the tenor saxophone), of Lemmy during the times of the psychedelic collective Hawkwind and also of the still very alive Steven Stapleton with the electro-acoustic and industrial Nurse With Wound format. Ritualistic, tribal, neo-primitivist and retro-futurist, Alforjs has a very special place among what is out there of more intriguing and radical in this final stretch of the 21st century’s second decade.